As we all know, the world is greatly affected by the COVID-19 crisis and
so are the stray animals of Georgia.
There have been quite a few initiatives around Tbilisi to try and
collect food and donations to feed and protect stray animals in the city.
However, there are unfortunately a lot of stray animals not receiving
any help what so ever, especially in very rural areas.

GSPSA is about to launch a “Feed the strays” campaign in the
villages and other badly affected areas, where people cannot physically
or financially feed and protect vulnerable stray animals.
On March 20th, the charitable emergency donation program “Help the Strays” was launched. The program aims to provide food assistance to stray animals in remote areas which are in a vulnerable situation because of the crisis and to alleviate their suffering.

During its 14 years of existence, GSPSA has continuously assisted stray animals in a variety of ways, including food donation programs. But since the COVID-19 crisis, following the state of emergency, the situation has worsened for stray animals. The “Help the Strays” programme will focus on raising funds to purchase food, medicines and other resources for vulnerable stray animals in the rural areas of Georgia. 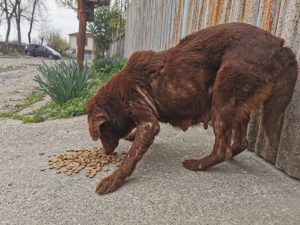 The programme will be launched in the Zugdidi Municipality (see details information below).

Anyone can participate in the programme by making a donation in the way that is easiest for you.

Please mark your donation “Help the Strays”. You can also mention the region if you wish to.

The GSPSA is guided by the following instructions to implement this program:

As we all know, the world is greatly affected by the COVID-19 crisis and so are the stray animals of Georgia.
There have been quite a few initiatives around Tbilisi to try and collect food and donations feed and protect stray animals in the city. However, there are unfortunately a lot of stray animals not receiving any help what so ever, especially in very rural areas.
There are many stray animals in Georgia. According to the 2015 monitoring (counting) in the Georgian capital Tbilisi there were 240 stray animals per square kilometer in a half-densely populated city of 178 square kilometers with 43,000  stray dogs, which is approximately 70-80,000. According to these statistics, there are at least 500,000 stray animals in the country as a whole, or much more. This is in a country where about 3.5 million people
live and 1% of local animals are provided by support from animal lovers. In regions, animal lovers and protectors are even low. Unfortunately, there are only a few shelters in Georgia that actually represent a deplorable figure for this number of animals.
Groups of animal lovers across the Georgian capital, Tbilisi, have already launched with various initiatives, such as providing food for stray animals. The key initiative is run by the pet shop chain Zoomart, which continue to provide food for a large numbers of stray animals and their street carers, as well as making food donations to the city municipality.

These type of donations and assistance are unavailable outside Tbilisi. The Georgian public has never had a humane attitude towards animals. Even before this crisis many animals suffered and died of neglect, and various diseases, hunger, inhumane and cruel treatment by humans. 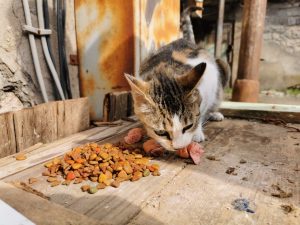 Stray animals in the rural areas are dependent on foreign tourists to get food, veterinary care or a better life by being adopted.
Due to the pandemic crisis, the assistance and support from foreign tourists are currently unavailable. The help that is sometimes provided by kind locals, often by feeding the strays, is also unavailable as social isolation measures are in place. Furthermore, there will be financial and social hardship following the crisis, making an already terrible situation for the stray animals even worse.
The situation is particularly hard for animals abandoned by their families, as they have a weaker immune system than other stray animals more accustomed to life on the streets.

“Georgian Society for the Protection and Safty of Animals”-GSPSA  – Launches an emergency program “Help the Strays”, in which donations will be made to provide food for the stray animals and alleviate their suffering.

If you, as an individual or organisation wishes to implement this program, you need to:

✔️  Collection of targeted donations to the organization’s account – http://gspsa.org.ge/donate/
✔️ Identify and select areas (locations) where emergency help is needed
✔️ Appoint a responsible person in the selected region
✔️ Find volunteers in the selected region
✔️ Find storage space for food
✔️ Purchase food and transfer it to the destination
✔️ Supply food for stray animals by the volunteer-led staff

The organization will regularly publish information and photo/video material on the site and on Facebook page.Facebook page.

FFor this purpose, you can transfer funds to the organization’s account in a way that is most convenient for you:

During the transfer, indicate the purpose of the program “Help the Strays”- (Select the region)

Within the framework of the GSPSA Emergency Program, the first “Help the
strays” region was selected, Zugdidi.

In the first phase, we are focusing Zugdidi, West Georgia, as there are many stray dogs and cats in this town and its surrounding villages. Unfortunately, the population of Zugdidi is treating strays in an inhumane way. The majority of the stray animals are without any support or protection, making their survival dependent on our assistance. 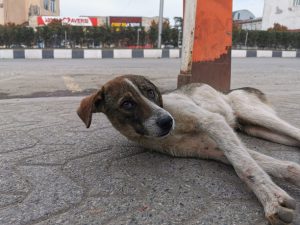 Zugdidi Municipality has never counted the number of stray animals on its territory (as in other regions), but it is estimated that at least 30,000 stray animals live there.

GSPSA will mobilize donations to its own account and lead the campaign, fundraising, transportation, and strays feeds daily by volunteers.

We strive to obtain as much food as possible from our own resources and with your help and to provide food for the stray animals in Zugdidi. One of the members of the GSPSA is currently there to lead the “Help the Strays” campaign. The program will involve several local volunteers.

GSPSA, through its own resources and financial support from friends, purchased 2650.00 GEL of food, which was already stocked in Zugdidi on March 28th. The volunteers started supplying the homeless animals  on March 29. The amount of food purchased is enough to feed 70-80 dogs daily for one month.

We urge you to assist us in this matter, as this will help save the lives of animals that may face
starvation during this difficult time!

If you want help and support you can transfer money to the following bank accounts:

When transferring, indicate the purpose of the program “Help the Strays”, or for animals in Zugdidi

GSPSA would like to thank the charities, members of the organization, volunteers and all those who care about the fate of homeless animals and care for their welfare!

If the project is successfully launched and implemented, we are ready to help other animals in the different regions with your support. 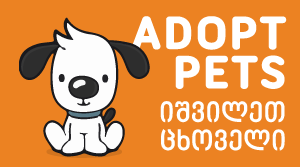