Georgian Society for the Protection and Safety of Animals – GSPSA joins ISAR on this incentive.

The day was first celebrated in the United States in 1992. The day was a try to attract attention to homeless animal fate in shelters (back then majority of animals were subject to euthanasia after certain period in shelter despite their health). Activists came out with candles and pictures, animal right protectors and veterinarians appealed to the gathered people. Animal lovers expressed protest against killing homeless animals. Afterwards the day gained international acclaim and has been celebrated in many countries.

USA based non-governmental organization – International Society for Animal Rights was the first to inform the world on the tragedy and express protest. ISAR later announced the third weekend of August as International Homeless Animal Day – it is widely celebrated throughout the world by the US, Columbia and states on all six continents.

GSPSA was the first to celebrate IHAD in 2010. 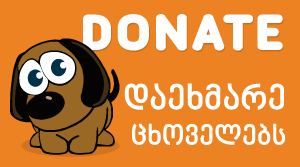